Storm clouds have gathered over the global economy, with the inversion of the U.S. yield curve accompanied by a deepening in U.S.-China trade tensions and further signs of weakness in Brexit-dominated Europe. Are recession fears justified?

U.S. markets have grown hysterical over the risk of an imminent recession — to the point that President Trump has raised the prospect of additional stimulus measures and is pressuring the Federal Reserve to cut rates.

In addition to the longstanding concerns over the impact of U.S. trade friction with China, the faltering of the European recovery ahead of Brexit is seen as a growing source of compression on global demand.

The table below shows global GDP growth for 2018 and the prior three-year average. It includes World Bank growth projections through 2021, which indeed, give cause for concern. Growth is expected to slow significantly in all regions of the world except for Latin America, which only escapes because its prior performance was exceptionally weak.

While the slowdown is broad based, not surprisingly it is concentrated in the developed economies and East Asia — especially, China. By contrast, the slowdown in the balance of the developing world is modest.

Perhaps the more important message from the World Bank numbers is that the slowdown is already in the process of basing and global growth is projected to firm over the next two years. Slowing U.S. growth this year and next is almost an inevitable outcome of the fade of last year’s fiscal stimulus, but the slowdown is not nearly enough to signal recession.

What about the curve inversion?

Of course, there is no guarantee the World Bank forecasts are correct and various segments of the front end of the U.S. yield curve have gone into inversion vs the 2-year rate, a traditional harbinger of recession.

The stock market is particularly upset by the 2-year vs 10-year rate inversion since mid-August. The focus is on the 2-year inversion because it is the pivot beyond which rates are increasingly driven by expectations on long-term growth and inflation rather than Fed monetary policy, so it is indicative of expectations on the potential for a negative turn in the business cycle.

In addition, it has been a seemingly reliable predictor of economic recession. The chart below shows U.S. quarterly real GDP performance since 1980 and there have been four recessions (i.e., two or more consecutive quarters of negative growth) during this period: 1980, 1991, 2001 and 2008.

All four recessions were preceded by an inversion of the 10Y vs 2Y spread; and there were no “false alarms” as every inversion was followed by a slide into recession.

It would seem this specific inversion is a fool-proof indicator that a recession is on the horizon, but there are some important caveats. The time span between the first emergence of inversion and a negative growth quarter has been at least two years and as much as three and a half years. In other words, the inversion today means a recession will come some day but that day might be very far away.

And simply positioning for the “inevitable” recession potentially has negative consequences as the stock market always made a new high between the initial inversion and the onset of recession. The prior four inversions also persisted for at least three quarters; the current inversion has persisted for only a few weeks, making its validity moot.

A similar message is implicit in this drop in the U.S. Manufacturing Purchasing Managers’ Index to just above 50 — the lowest level in over three years — and the August payroll numbers. There is no doubt that the declines point to slowing U.S. economic activity, but it is premature to conclude that a recession is on the horizon.

The payroll decline was actually pretty modest, and there have been several times when the Purchasing Managers’ Index dipped below 50 without triggering a recession.

Since 1980, the Index has had to dip below 48 to reliably indicate that a recession is ahead. But as with the curve inversion, there can be a substantial gap between the signal and the event. In both the early 1990s and 2000s, a recession did not emerge until two years after the Index hit 48.

In the June Market Voice, we posited markets exaggerated the potential impact of the trade conflict with China on the U.S. economy.

The turmoil since then suggests we were too complacent, but as shown in the chart above, consumption growth is close to the post-recession highs so there is no evidence of any trade effects on this front. Investment has declined but this, at least in part, reflects a trend that pre-dates the trade conflict.

The chart below shows that import prices have yet to pick up and there are no signs of a major hit to corporate profits.

As discussed in June, the tariffs are clearly having major consequences on specific industries but there is yet to be any evidence of meaningful impact on a macro level. To the degree there is a negative impact on investment, we believe it is primarily due to the uncertainty of the tariffs rather than the tariffs themselves.

The outlook for Europe shown in Figure 1 is clearly a weak link for the global economy.

While the German industrial sector anecdotally is feeling the ill winds of the Chinese slowdown, it is harder to blame the trade tensions as the cause of the broader European weakness. As shown in the chart below, European real export volume is holding up better than U.S. export growth, so far this year.

While trade wars are not irrelevant, Europe’s economic weakness appears to be largely home grown with significant risks of a near-term European recession — particularly, with Brexit looming next month. But a recession in Europe is not necessarily a harbinger for the United States; the 2012 European recession weighed on the U.S. economy but did not push it into negative territory.

And what of Brexit?

Despite being within two months of the scheduled exit date the path forward remains very murky.

While the Parliament just passed legislation prohibiting Brexit without a trade deal, the situation remains highly uncertain. There is the possibility of a snap election which could change the balance of power in Parliament and it seems there is growing confusion over whether Prime Minister Johnson can somehow circumvent the will of MPs.

The diminished risk of a no-deal Brexit is clearly positive for GBP. It is beyond the scope of this article to assess the potential impact of a no-deal Brexit, particularly as there is the possibility that as with the year 2000 computer concerns, a no-deal Brexit might turn out to be a modest annoyance rather than the expected disaster.

Even when implied volatility was near a one-year high, the negative skew was small relative to implied volatility; the market was priced more for a big GBP move but not necessarily for weakness. Consistent with this, the Eikon FX Polling shown in the second chart shows that the consensus is for GBP to trend back toward USD1.30 in the year ahead — this was true even before Brexit legislation.

While the global, and particularly U.S. economy are undoubtedly slowing, this is a natural outcome of the fading of last year’s significant fiscal stimulus. Not withstanding the inversion of the U.S. treasury curve it seems recession fears are overwrought.

The trade tensions with China may be having a modest negative impact on U.S. investment, but the absence of any sway on import prices or corporate profitability suggests the declining investment reflects the uncertainty over where tariffs are headed rather than the impact of the existing tariffs. Otherwise, with consumer demand remaining robust the overall macro impact remains modest.

Recession fears in Europe look more justified although the risks seem largely homegrown and the 2012 experience suggests that a European recession need not drag down the U.S. economy with it. We cannot even pretend to have any notion where Brexit is headed but it is concerning that the market seems very optimistic even before the recent legislation preventing a no-deal Brexit.

The opinions expressed are those of the author(s) and do not necessarily reflect the views of the firm, its clients, or Refinitiv, or any of its respective affiliates. This article is for general information purposes and is not intended to be and should not be taken as legal advice. 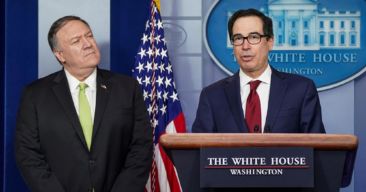 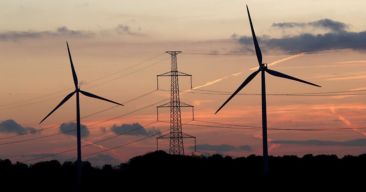