How StarMine factors helped investors outperform in a tough 2022 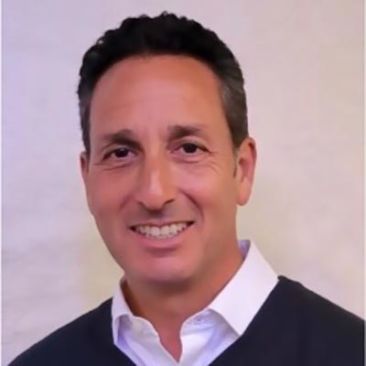 Equity markets got off to a rough start in 2022 and despite a few intermittent rallies, ended solidly negative and near the lowest levels for the year. The ability of selection models to sort the best and worst performers was particularly useful in a market-neutral strategy. While it was a difficult year for long-only equity investors to make gains, using well-defined models in equity selection helped produce better-than-average returns.

For more data-driven insights in your Inbox, subscribe to the Refinitiv Perspectives weekly newsletter. 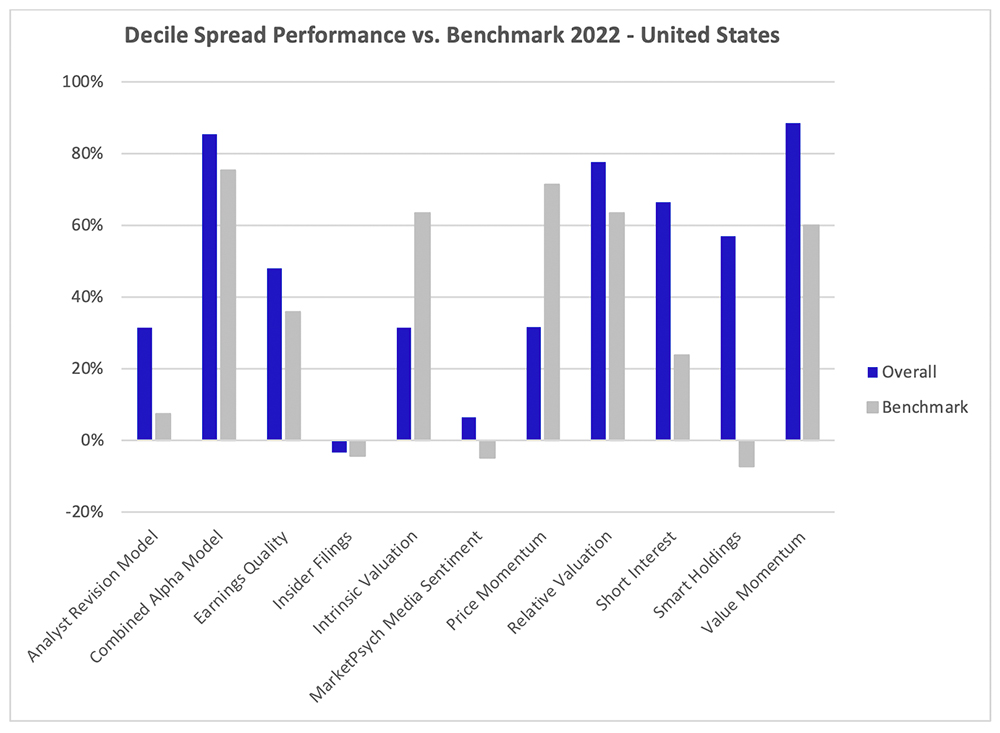 The chart above shows the top-bottom decile spread of each StarMine model compared with the spread of a comparable benchmark model. 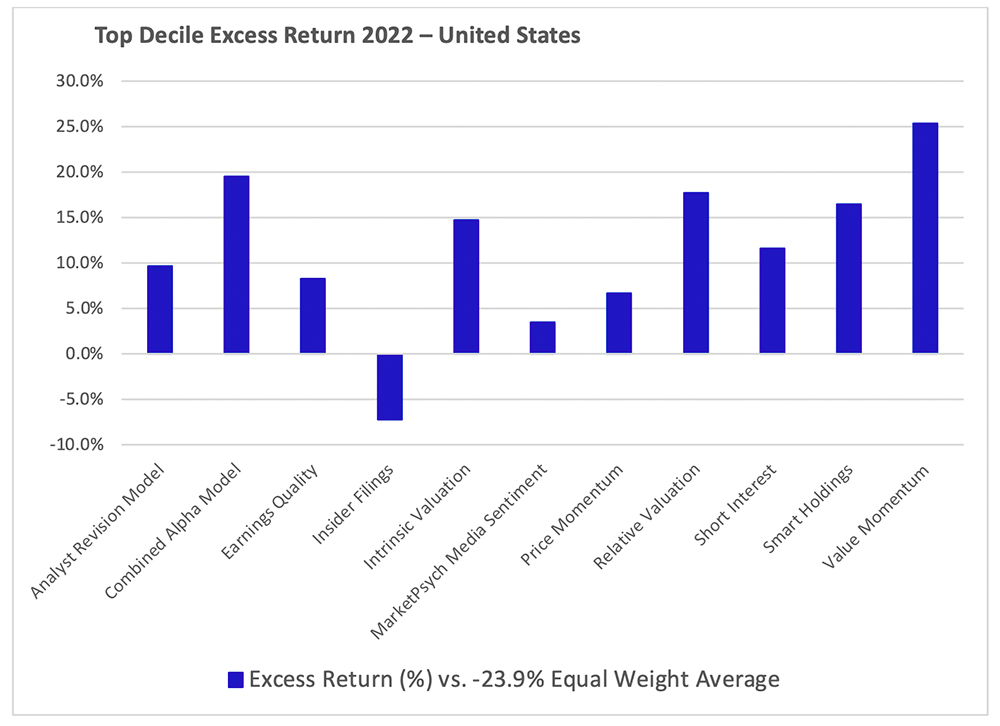 The graph above shows the top decile excess return of each StarMine model compared with the equal-weighted return of all stocks.

The above graph of the cumulative average returns for the top decile of each of the StarMine models shows how the year played out.

StarMine models prove useful in a down market year

Despite the difficult equity market conditions in 2022, the StarMine models were effective in helping investors outperform.

Value Momentum was able to deliver a positive top decile return and nearly every other StarMine model had top decile excess returns.

Employing the StarMine models in a market-neutral strategy would have netted positive gains in most cases and proved better than the application of benchmark measures in all but a couple of cases.

A security-ranking model that looks at revisions to sell-side analysts’ estimates of earnings, revenue, and earnings before interest, taxes, depreciation and amortisation (EBITDA)

Equity markets got off to a rough start in 2022 and despite a few intermittent rallies, ended solidly negative and near the lowest levels for the year.